The Principal “Shock To the System” 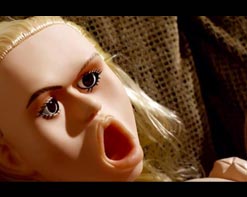 Hailing from halfway around the globe in Melbourne, Australia, the Principal play potent guitar-driven pop-rock with style and swagger to spare. And while “Shock To The System” may be the band’s debut single, these boys have hit the ground running, and they will not be ignored. The band is led by the multi-talented (and fantastically-named) Zoltan Glass who wears a multitude of hats:  singer, guitarist, co-writer, and co-producer, as well as co-owner of the band’s label, management, and publishing company. With such creative freedom at his fingertips and a killer lineup of players behind him, Glass is making the exactly the kind of music he wants to make. Thankfully, it’s music that deserves a large audience. HIP Video Promo is proud to present the singular clip for “Shock To The System”.

Driven by an infectious shuffling beat, “Shock To The System” is a powerful debut, featuring great dynamic range, and razor-sharp hooks. Rather than recycle and repackage some standard rock ‘n’ roll tropes, the Principal introduce a truly original progression that bends your ears and allows Glass to deliver a melody that will reverberate in your head for days, as he sings about a “paranormal bender” and “interstellar binging”. When he sings “I don’t see the edge / so hold me back”, you believe him. Along with its energized background vocals and many subtle production flourishes (i.e. keys, horns, a great guitar solo), and you have a banger of a single that is sure to make a great first impression.

Directed by the prolific and talented David N. Donihue (of Super Rad Films), the video truly delivers the song’s titular “shock” with a fearless and funny idea that’s definitively NSFW , but in a uniquely plastic way (don’t worry, we’ve also provided you with a censored version). Our tale begins with a disturbing close up of a blow-up sex doll on the receiving end of some balding loser’s pathetic thrusts. As he finishes up, the man rolls over on his back, and we see tears fall from the eyes of the helpless doll. Then things get even weirder. The conceit of the clip is that the larger community of blow-up sex dolls are staging a revolution, turning on their owners, and marching to freedom. So with the help of a special effects team, we watch as the dolls walk the streets of LA, drive cars, and cause a little mayhem. Newspaper headlines and cable networks report on the developing story. There are fight scenes, rocket launchers, and daring rescues. All the while, naked plastic tits and dicks wave in the wind. And while it is ridiculous and rather hysterical, director Donihue is also using this video to bring attention to a very real and very serious issue–the multi-billion dollar human trafficking industry. The message is two-fold: prostitutes who can leave their captors, should do so immediately, and their customers should realize that they are perpetuating a cycle of torture and abuse. Of course, if that’s a bit too heavy, the aforementioned tits and dicks are really good for a laugh.

For more information on the Principal and their wild clip for “Shock To The System”, please call Andy Gesner at (732) 613-1779, or e-mail the HIP Video Promo Staff at info@HIPVideoPromo.com . You can also visit www.Facebook.com/ThePrincipalMusic/ for more info on The Principal.