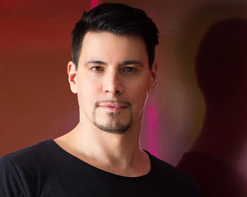 Unheard of YouTube views, peppering Beatport’s Top 10, building a rep as a remixer to the stars and delivering stamina-soaked sets from the White Island to Governor’s Island…Thomas Gold has fast become clubbing’s G-force of nature. Since storming onto the scene and riding the crest of dance music’s re-taking over of the planet, the prolifically pedigreed German has emerged as a top shelf seizer of arenas, talked about the world over. For his newest single, “Saints & Sinners,” Thomas has enlisted the dynamic M.BRONX to deliver a vocal performance worthy of the brilliant gem he has put together.

As a spinner with the most well-thumbed of passports, Gold’s upgrading from studio to stage stimulator, including the use of live drum lines and brass sections, has dominated the essentials of must-attend dance parties: the Ultra Music Festival, Electric Daisy Carnival, Coachella, Mysteryland and Tomorrowland.

After setting standards with releases on Armada, Toolroom, Spinnin’, and Steve Angello’s Size, Gold’s consistent hitting of dancefloor jackpots had Miami anthem ‘Sing2Me’, released on Axwell’s Axtone imprint, trilling its way to Beatport’s number one spot and becoming a cornerstone of Gold’s Essential Mix. Turning Adele’s ‘Set Fire to the Rain’ into a YouTube record breaker (like his number of Facebook followers, Gold has set counters to crazy), it stood as the jewel in a remix crown of popstars and peers.

“Saints & Sinners” begins with stunning views of the Berlin cityscape, including the Berlin Cathedral and the massive Berlin TV Tower. Amongst the vastness of the city is one man (who happens to bear a striking resemblance to M.BRONX) wandering the streets alone. In this city of millions he’s literally all by himself, except for a brief appearance by Thomas as a bartender. His mind races as he flashbacks to the beautiful saint that had his heart, and his acts as a sinner that caused him to lose everything dear to him. Eventually he comes face to face with the one he hurt, hoping that this saint will find it in her heart to forgive…

A huge congratulations to the Armada Music team for discovering yet another boundary challenging artist and his dynamic new single. We think the sheer beauty of this clip will earn it a place in your programming, but please do let us know if you need anything else from us to make that happen. Please contact Andy Gesner and the HIP Video Promo team at (732)-613-1779, email us at info@HIPVideoPromo.com. You can also visit www.ArmadaMusic.com, www.Thomas-Gold.com or www.Facebook.com/MBronxMusic for more info on Thomas Gold and M.BRONX.