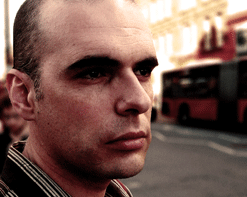 Macedonia native, Tripnotic, aka Emil Hadji Panzov, is the new face of quality EDM in 2013. The remarkably talented composer, producer, re-mixer, radio/club DJ, label owner, music journalist and promoter, has electronic music flowing through his veins 24/7, and because he’s wholeheartedly determined to delivering the goods to the people, EDM fans are quite lucky to have him working passionately for their cause. He recently dropped his latest music video for the adrenaline-inducing new single, “Tricky Three,” and we think you’ll agree, it’s quite a ride.

Back in 2007, fed up with the majority of the dreck that the major labels were putting out and disguising as “good music” for what felt like was just to make a profit, and guided by his strong belief that music is art and not merely a product to be sold, Tripnotic founded his own label, Filter, in an effort to promote fresh, innovative and challenging new sounds that he and other true artists within the extended electronic music community are creating.

Tripnotic has been keeping the dance-floors and airwaves busy and super-satisfied with the releases of a number of exceptionally well-received remixes, but hasn’t released an original song since the bumpin’ drum n’ bass cut, “Phantom,” in 2011, which delivered all the invigorating, foot-stomping, electronic-goods that the fans have come to expect from the EDM guru. Now in 2013, and fortunately for the fans, the wait for his next original single is finally over with the release of his new cut “Tricky Three.”

The song is an exhilarating mixture of breaks-aesthetics laid over a heavy-hitting, balls-to-the-wall electronic beat colored with impeccably placed trademark-Tripnotic glitch-y interventions. It’s sure to please listeners looking for an excuse to completely break free and lose themselves at the club. Within seconds your head will be bobbing, your hips will be moving and your face will be smiling. In other words: It’s an instant EDM hit.

The video, which is spectacularly shot and choreographed, showcases a beautiful young woman portrayed by Kourtni Lind (So You Think You Can Dance, Spider-Man: Turn Off the Dark), as she is running through the streets of a magnificent looking city, from what appears to be a darker version of herself, whom seems to have some control over her movement. There’s some exceptionally noteworthy dancing going on in the video, along with spectacular scenery; and that coupled with the heart-pounding electronic music will have you jumping to your feet and ready to let loose.

If you’re a fan of thick, punchy trip-hop beats coupled with mind-bending musical soundscapes and vibes that will have you darting for the dance floor, it’s time to familiarize yourself with the ambitious talent known as Tripnotic. For more info, please contact Andy Gesner and the HIP Video Promo crew at (732)-613-1779 or email us at info@HIPVideoPromo.com . You can also visit https://www.facebook.com/pages/Tripnotic/80689987284/ for more on Tripnotic.