Howdy programming pals, it’s Andy Gesner and the crew at HIP Video Promo bringing you a standout artist in the contemporary hip-hop scene that carries his own style through a unique brand of beats. Thanks to our friends at Time 2 Shine Entertainment, we present to you Yung Dre Dre—an artist on the rise as both a unique storyteller and an inspiring lyricist. With influences by T.I., Drake, and B.O.B., Yung Dre Dre’s ability to enhance hip-hop’s major themes and elements can be seen in his new video for “Ringtone.”

Legally known as Antonio Simmons, Yung Dre Dre is a multi-talented artist. With experience dangling in various categories of art such as songwriting and producing, this rising hip-hop star encompasses talent. From Beaufort, South Carolina, at the age of fourteen, Yung Dre Dre began his musical career. It all started with his ability to capture a multitude of stories within spoken lyrics, thus he began to produce his own music. This gave him the opportunity to present his unique sound to thousands over the Internet, where he then gained his very first group of fan following. Overtime, Yung Dre Dre became so popular that he caught the attention of Slim Bell at Time 2 Shine. In the blink of an eye, Dre Dre was signed to Time 2 Shine Entertainment and it’s been a bountiful relationship for both parties thus far. It can be said that Yung Dre Dre has managed to use similar elements as rapper Soulja Boy, who uses social networks to produce stardom; this intelligence landed Yung Dre Dre a successful fan base, and it is with the rising popularity of “Ringtone” that we see this artist’s career as being something truly magnificent in the works.

Yung Dre Dre’s creative process can be seen in “Ringtone” in which the song invites music listeners to engage in a lyrical storytelling that eliminates all negative thoughts. The lyrics are catchy and they pronounce clever ways of finding love. We watch the smooth-talking Dre Dre become infatuated with a beautiful woman, and then cleverly takes her phone. The quirkiness of the video shows the singsong effect that his music has on the hip-hop genre. Overall, his music stands for a lively time, and it is so enriched with melody and catchy phrases that there is no denying this artist. With that said, it can be clear that Yung Dre Dre has much to offer the music scene.

Here at HIP, we like to think of Yung Dre Dre as a romantic poet in addition to one of hottest up and coming hip-hop artists, who intertwines his beats with catchy rhythms. This artist revolves his life around music, and we’re excited to be a part of their team. If you need more info you can contact Andy Gesner and the HIP Video Promo crew at (732)-613-1779 or email us at info@HIPVideoPromo.com . You can also visit www.Facebook.com/YungDreDre for more info on Yung Dre Dre. 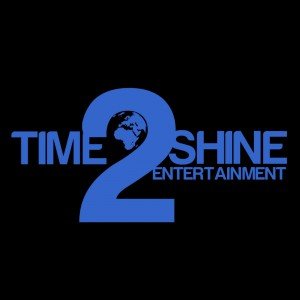