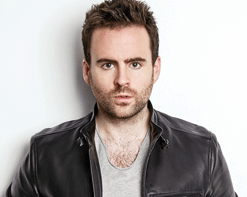 English electronic-dance music producer and DJ Gareth Emery has been making wowing music fans for over a decade with his collaborative and adventurous style, and all of us here at HIP Video Promo are beyond pleased to introduce his crafty and audacious video clip featuring artist Bo Bruce, “U.”

Gareth Emery’s distinctive production style has been described as a fusion of trance, house, and progressive. Sometimes the negative critics have categorized Gareth as a trouse DJ, this artist simply states that he plays good records regardless of the genre. Emery has released four mix CDs and achieved incredible success. His debut album Northern Lights was released in 2010, and climbed to the number one spot in the US iTunes dance chart. The album also contained one of his most successful tracks “Sanctuary.”

Director Alexander Maxwell transcribes the romantic lyrics of Gareth Emery’s “U.” From his soon to be released album Drive, the song features singer/songwriter Bo Bruce on vocals over Gareth’s soaring composition. The clip delivers fantastic scenes rich with scenery. As the tune unfolds, the atmospheric ambiance of the video captures the art of true love. The song follows two lovers as they travel peacefully together, creating memories and holding on to fleeting moments. The feeling of wanderlust is ever-present in this clip and will make you want to throw all of your cares away and hit the open road. Click here for the full bio.