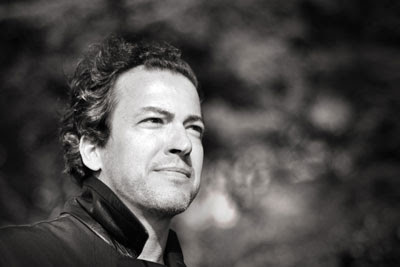 Classical music is hard to come by nowadays, but with the right influence certain artists have successfully completed music that contains all of its elements. However, standing in the HIP Video Promo spotlight is Lawson Rollins. We are eager to reintroduce you to Lawson, whose “Santa Ana Wind” clip had viewers and audiences captivated with the flow and finesse that can only be achieved by a combination of natural talent and hard work. His new video for “Locomotion” captures his essence of romanticism and strong classical guitar licks. Although overwhelmed by his greatness, you will not be let down or turned off by his undeniable style.
“Locomotion” follows on the success of Lawson’s latest world-music release, Elevation, an epic 74 minute album recorded in Nepal, Iran, and the U.S. featuring an eclectic ensemble of musicians from around the globe, including electric guitar legend Buckethead.  Elevation spawned the top 25 Billboard single “Daybreak” and the second single “Santa Barbara Song” is now climbing the charts. Lawson will be hosting Sirius-XM’s Watercolors channel 66 this summer as a Celebrity Guest DJ. He has performed at the Sydney Opera House, the Kennedy Center in Washington D.C., and the Salisbury Festival in England. His ability to play guitar with the ease and fluidity of a mountain stream makes viewers go crazy, and this is clear through the amount of views visible on his YouTube page: over 6 million total views so far of videos like his hits “Santa Ana Wind” and “The Fire Cadenza.”  “Locomotion” elevates the intensity of Lawson’s playing a notch higher from his previous work, which has brought him worldwide attention and led Guitar Player Magazine to declare in their February 2012 issue: “He possesses ungodly classical chops, with dazzling speed, uncanny accuracy, and a beautifully delicate touch.” As you can see, the level of talent is immense, and his ability to amaze his viewers will continue to entertain and enlighten his listeners. His spell-binding ability to influence all types of listeners—whatever type of music you love—is a continued source of amazement and inspiration.
In his latest video for his song “Locomotion,” we see a side of Rollins that captivates all types of music lovers. Set on a stage with just a white light in the background, Lawson Rollins plays the guitar like a natural. However, playing the guitar like this is no piece of cake. When watching Rollins perform, we see the classical influence that he has mastered over his years of training. What may be the most striking element of the video is not necessarily the blazing speed by which the music passes through our ears, but rather that when the camera is close up on his hands that his movement and so smooth and almost effortless. No energy is wasted on fancy showboating and his hands are solidly attached to the fretboard for every note.