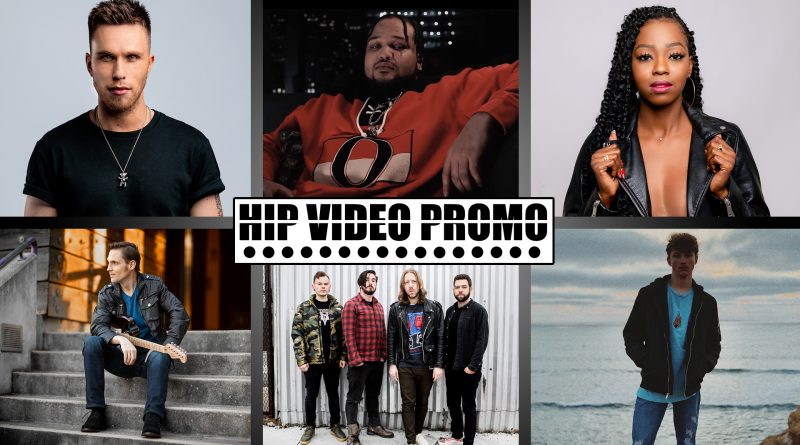 WordPress Image Carousel
Staying inside isn’t the worst thing in the world, because it’s giving us plenty of time to check out new music and share new videos with the world! Our newest HIP Picks – Weekly Client Roundup is here- take a look at the videos above, and learn more about the clips by clicking on the links below.

Born in Kingston, Jamaica, Sanya N’Kanta’s father was heavy into reggae, but he’d later get inpired to make music himself by classic rock like Aerosmith. “Can’t Stop Thinking Bout You”, from his latest record The Counterfeit Revival, shows his love of 80s synth-pop, late 90s/early 00s hip-hop, and modern soul/alternative. Directed by John Isberg, the “Can’t Stop Thinking Bout You” video shows a beautiful vision of a woman in the sky who descends earthward and joins hands with an ancient stargazer.

Representing London, New Jersey, and Miami, the three semi-anonymous members of Head Fake are industry veterans who have been making music for decades, but they prefer to let the music speak for itself. EP2 is a five-song release that proudly displays their musical and emotional range. In Michael Baker’s clip for their latest single “I’m Found”, we’re shown typical Americans doing what brings them joy – taking care of their horses, slow-dancing on railroad tracks, motorcyclists speeding through forest paths – but none of this footage is ordinary.

Citing John Mayer and indie singer-songwriter Josh Garrels as influences, Lucas James Blando is a singer-songwriter sure to grab your heart. His latest visual, “I Wish My Heart Could Paint”, features lyrics written in 1998 by Sky Cooper. It was recorded at The Power Station, which is home to legendary composer/producer Charlie Calello (who was key to perfecting the stringed harmonies and coaching Blando through vocal lines). Filmed at an art studio and starring professional model and actress Brittany Paul, the video brings Sky’s vision to life.