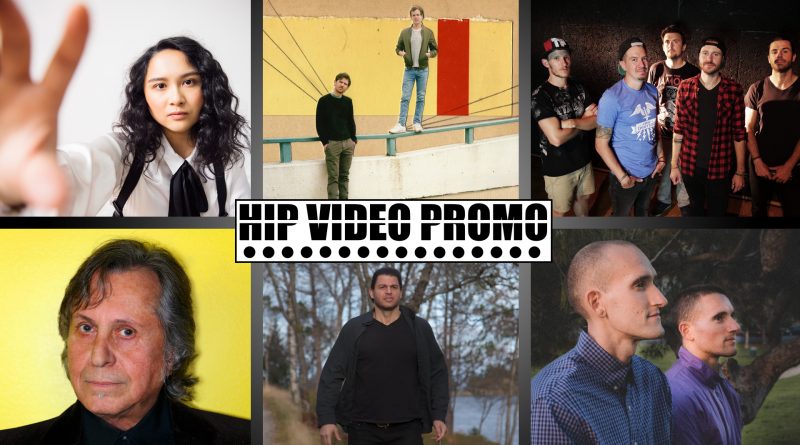 WordPress Image Carousel
From old favorites to new artists, from the US to Europe, we’ve got such a great variety of exciting new videos to share this week. Here’s our latest HIP Picks – Weekly Client Roundup- take a look at the videos above, and learn more about each clip by clicking on the links below.

Next month, Jay Som – the musical project of Melina Duterte – will be releasing their second album on Polyvinyl Record Co. Anak Ko, which is the Tagalog phrase for “my child”, is the follow-up to her 2017 debut Everybody Works. Producer/director Weird Life Films have created the album’s first visual, for “Tenderness”, which shows Duterte and her band in what appears to be a 1980s prom – with the sequins, glitter, and metallic outfits to match.

In their band Generationals, Grant Widmer and Ted Joyner meld classic style and contemporary technique. Their new album, Reader As Detective, is out now on Polyvinyl Record Co. Directed by Spencer Kelley, the video for “Breaking Your Silence” blends analogue and digital, as a spirited performance from Widmer and Joyner is broadcast on the side of a digital box truck.

You may not think of Paris as a home for hard rock, but think again: ONLAP have built a dedicated fanbase over 13 years, 2 albums, and plenty of singles. “Miracle”, their latest, is a shout-along blast of hard rock, with guitars that push their amps to the breaking point. Mathieu Spadaro’s clip for “Miracle” shows us that revolution is everywhere as a lone protagonist wanders a stark, impassive city.

Most people who’ve paid attention to the space program know that the Voyager 1 probe carried a golden record into the interstellar vastness. Scientists hope that a technologically advanced species on another planet might play the record – and, in so doing, learn about Earth and its inhabitants. In The NaveBlues’ video for “Pale Blue Dot,” shot in the mountains near Bergen, Norway, Navé Pundik imagines that the songs carried into space by Voyager sound something like the music he makes, and he figures that any aliens who spin his songs are more than likely to want to send a message back to him.

As the songwriter and guitarist of The Waitresses, Chris Butler penned the holiday classic “Christmas Wrapping” – and though he’s always unpredictable, after four decades in the spotlight (he helped kick-start the Akron sound with Tin Huey and turned surf-rock expectations upside-down with Purple k’niF), his fans know to expect plenty of wit and catchy hooks. His latest release is Got It Together!, and “Summer Money”, the new single and lyric video, is as warm and langolous as a mid-July day.

Everyone knows that siblings can make great music together, but they also tend to squabble. In The Gillum Bros video for “Sticky Note”, one brother gets the girl, and the other sits dejected, with a post-it note on his head that says “lonely.” Keith is a velvet-voiced crooner and Ryan, an expert arranger; together, they’re an unstoppable force, whose music incorporates elements of power pop, soundtracks and show tunes, cabaret, classic rock, and whatever else catches their ears.  Director Will DaRosa has created a video that’s every bit as classic as the song – and could fit as well in 1953 as it does in 2019.