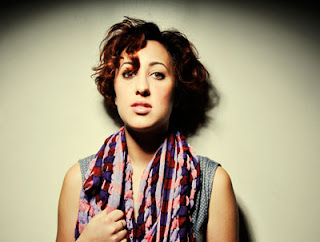 Everyone here at HIP Video Promo are clearly music lovers and enthusiasts, much like Brooklyn-based indie artist Bess Rogers. But that’s about as close as we can get to matching her resume. She’s earned a bachelors and masters degree in music composition, just released her fourth album, Out Of The Ocean, raised over $26,000 dollars on Kickstarter (originally a $10,000 goal), has had songs featured on Amazon.com, iTunes-Japan, One Tree Hill, and a Motts For Tots national campaign, and has a regular gig as back up singer and lead guitarist for indie darling Ingrid Michaelson. Needless to say we’re very impressed and envious of her and we’re super excited to be a part of her team.

During one of her rare breaks in touring Bess sat down to begin work on her new album. In that time she picked up a copy of Neil Shubin’s book Your Inner Fish, which Rogers describes as “about our evolution from life as far back as pre-historic fish and microbes and how that has affected our bodies and our lives now”. Bess already possessed a lifelong fascination with the concept of evolution, but it was Shubin’s work that really kicked it into overdrive, causing her to “look at everything we do in life as a product of evolution” and subsequently inspiring many of the songs on the new record.

On the new single for “Math and Science”, Rogers takes an appropriately scientific approach to her analysis of love and modern romance. The video begins with a decidedly robotic Rogers beginning her day by unplugging herself and immediately setting off into the field trying to study and understand what makes the modern couples tick. She studies her peers and mimics the smiles and actions she sees in the magazines, and despite having a heart rate of zero over zero she’s determined to find her match.