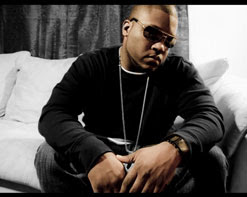 From his upbringing in the Bronx to his fascination with hip hop at the age of 13, Dave Childz has subscribed to the concept of ATFL (Addicted To Fly Living), which promotes living life to the fullest and always aiming for the highest standards. He has subscribed to this lifestyle in all aspects of his life, which has led him to be heavily immersed in many different projects over the years, both music and not. But after many years of being a jack of all trades, he turned his true love of music into his main focus and began dropping mixtape after mixtape, experiencing growing success with each offering. His most recent mixtape Cruise Control was the most popular yet, seeing Dave team up with other artists from the A.T.F.L. crew such as G4 Jonny to show what they are all about. It’s with this forward momentum that saw Dave immediately jump back in the studio to record his newest single, and newest video, Cap Guns & Bottle Rockets.

Being such a ferociously hard worker and networker it’s only appropriate that Dave surrounds himself with a big crew. In the new video for “Cap Guns & Bottle Rockets” Dave and his crew deliver a no-frills lesson on big rhymes, seismic beats and buttery smooth delivery. The video is shot in a slick style of low saturation and low exposure with bands of color spliced in for a dramatic cinematic effect. When you’ve got the skills of Dave Childz, and with G4 Jonny at his side throughout the clip, there’s no need for lavish sets or fancy props because for Dave and his crew, it’s all about the music and the A.T.F.L. lifestyle. Click HERE for the ful bio on HIPVideoPromo.com!