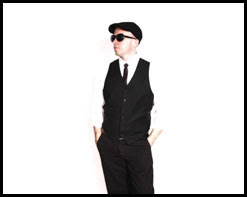 David Juliet is a pop star on the rise, making music that is monumental and extremely inspiring. Compared to iconic artists as varied as Lou Reed, Bob Dylan and Leonard Cohen, Juliet shows an approach to songwriting and performance that is as unique as it is timeless. He is currently promoting his highly acclaimed debut album Variations released on Concerthouse/Blue Pie Records. The record has been receiving high praise, and with an ever-growing fanbase, Juliet is sure to have a great year in music.

David Juliet’s music blends a vast array of sounds including pop, funk, and alternative genres. HIP Video Promo is proud to present a video from a hot new artist that is just about to burst through the seams of the contemporary music scene. His debut album titled Variations has been receiving much critical acclaim, and includes the single of his latest music video “Out of My Head.”