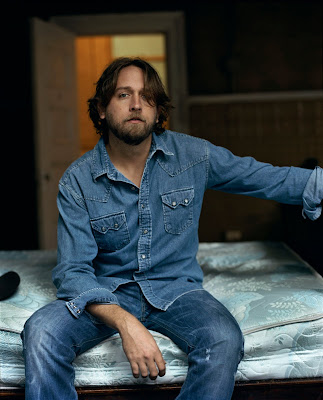 Hayes Carll hasn’t been resting on his laurels since topping critics polls and winning awards for his 2008 album, Trouble in Mind. Instead, he’s been on the road nearly nonstop with his band, “The Poor Choices” blasting through honky tonks and rock clubs across the U.S. and beyond. Along the way, he’s been inspired to write a crop of new tunes that the acclaimed songwriter says are “a layman’s take on our country – a snapshot of America in some small way.” The result: the sharply drawn collection KMAG YOYO (& Other American Stories), his second release from Lost Highway. KMAG YOYO is pronounced “kay-mag, yo-yo.”

A military acronym that stands for “Kiss My Ass Guys, You’re on Your Own,” the title track is one of a dozen songs that brings to life such rich characters as its protagonist, a young Army foot soldier in Afghanistan who becomes a Pentagon guinea pig. The scorching guitars of “KMAG YOYO” equate to musical adrenaline, while the hallucinatory tale of military intrigue unfolds.

Fiery rock, twangy country, pensive folk and even a touch of gospel comprise KMAG YOYO’s sonic palette, produced by Brad Jones (also at the helm for Trouble in Mind). Rather than enter the studio with a batch of completed material, Carll and his band picked up where they’d left off onstage – jamming on riffs they’d developed on the road. “I wanted to challenge myself musically,” says Carll, “and see if I could capture that live dynamic. A lot of the songs came with the music first, with the music calling the lyrics.” After completing the instrumental tracks with the band, Carll set to work, his witty wordplay matching the temper of the instrumentation. The honky-tonkin’ “Hard Out Here,” with its raucous sing-along chorus, and the full-on rocker “Stomp and Holler” document denizens making the best of the economic downturn, including one frustrated performer in “Stomp” who claims, “I’m like James Brown, only white and taller.”

A master of what Carll calls “degenerate love songs,” he takes a more tender approach on the bittersweet “Bye Bye Baby,” steel-guitar-fueled “Chances Are,” and vividly painted “Grand Parade.” A bit depraved and in the tradition of “he said/she said” duets, “Another Like You” finds Carll’s hard partying Democrat trading insults with Cary Ann Hearst’s saucy young Republican; the mismatched twosome discover that, as Carll points out, “alcohol and sexual attraction can overcome a lot.” “I’m of the opinion that almost all relationships are dysfunctional in some way or another,” says Carll about the blazing “The Loving Cup” – sure to be a dance-floor favorite.

Be sure to check out his website and check out this interesting new video for “Another Like You” (AKA: “Fox News v. MSNBC”)