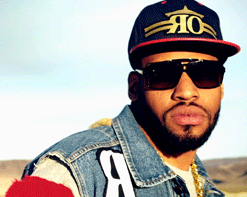 Producer, songwriter, and rapper Smitty Soul has just released his first solo project produced entirely by Ryan&Smitty and is making a name for himself amongst contemporary rappers. HIP Video Promo is pleased to introduce his fresh new video clip “Animal.”

This Los Angeles rapper’s new album Hip Hop…It’s a Hell of a Drug and is taking the music industry by storm. Smitty admits that he has “finally settled in as an artist, settling in on a sound and taking risks at the same time,” and you can hear this confidence shine through on the debut record.
Over the years, Smitty has produced tracks for Nicky Minaj and Alien Ant Farm. Since the release of the new album, he has been participating in writing sessions and making beats with his producing counterpart, Ryan Marrone. Without further adieu, we present the groundbreaking clip for “Animal.”
“Animal” is the debut music video for Smitty Soul; it was a massive undertaking that was managed by a large group of friends and collaborators, and was shot in Las Vegas and Los Angeles by the incredibly talented brothers Scott and Kevin McNamara. While watching the official music video for “Animal,” you can’t help but be attracted to the stylish attire of Smitty, with a little help from FruitionLV and Stitched. HIP Video would rather not give away any details of this video/movie clip, but hold on to your seats and enjoy the ride!