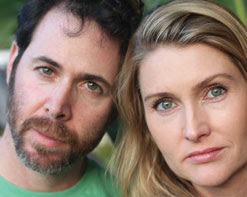 The Count It In album features guest performances from some of the band’s friends including Russell Mael (Sparks), Steve McDonald (Redd Kross), Mahsa Zargaran (Big Black Delta, Omniflux, Sabrosa Purr) and Will Love (Sabrosa Purr). Click here for the full bio on HIPVideoPromo.com.