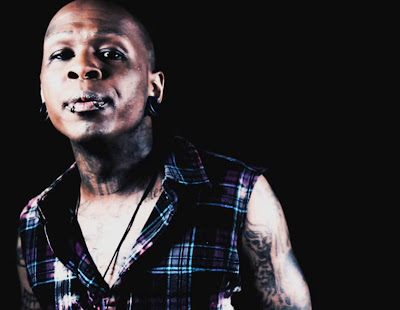 Here is a short bio that J Mello gave about himself:

I remember hearing rapper Big L rhyming about how “you can’t kill me/I was born dead” and morbidly laughing. He wasn’t being literal, but I could relate. I came out my mother’s womb stillborn, but the doctors were able to bring me back. Looking back now, seems like a perfect metaphor for my whole life.

I won’t front: my parents had money. But just because you grow up with dough, doesn’t mean life is all fun and games. Your parents can have millions in the bank, but that doesn’t mean nothing if all you get for Christmas is beaten. My mother and siblings knew what was going on, but as long as the credit card worked, they weren’t gonna rock the boat, y’know?

Growing up, I tried to forget about all this stuff, but it kept coming up. I lashed out a lot as a teenager – messed around with drugs, bounced in and out of juvenile homes, was homeless here and there. Hell, I even did a year and a half in jail.

That’s when the music really took over my life and I realized that that was my therapy. See, music’s in my blood. My dad co-founded Kool and the Gang and my mom sang back-up in the band. My dad’s music was mad diverse—a mix of funk, R&B, soul, jazz, and pop—and I think that musical range rubbed off on me. On my album, Spoiled Riches: The Justin Smith Story, I try to bring together pop, hip-hop and rock because straight up, I love ‘em all equally. Rhymin. Singin. It’s all just music.

When I was in jail, other inmates would tell me, “You shouldn’t be here. You actually have a gift.” So much so, the warden would have me battle all the other rappers in the unit just to keep me out of trouble. Beat ‘em all, of course. I wrote all the time in jail and when I got out – boom, 20 tracks recorded like it was nothing. I wasn’t thinking of getting a deal or anything like that. I just realized that music was the vehicle for me to work out all these issues bubbling inside my head.

After I got out, I learned how to handle my anger problems, but I still had identity issues to deal with. You don’t see too many black skateboarders from the suburbs, y’know? But I was always rapping and singing and got my first major label deal in 2004. That’s a whole ‘nother story but suffice to say, some people at the label didn’t think a suburban rapper could handle the rock, and the deal was killed…after I got my masters back.

But that’s in the past now. Last year, I met Dave Navarro and we hit it off immediately. Me, Dave and DJ Skribble have done countless shows together and got along so well, Dave decided to co-produce my whole album. It’s dope now because between my style and his, you got hip-hop, pop, funk, rock and dance all covered. But just as important, though, I hope people that had similar experiences find an outlet in this album and those who went through what I went through can learn to be themselves and not front for anybody.

Check out the video for his catchy song called “Torture”

And visit his website for more videos, songs, and info!