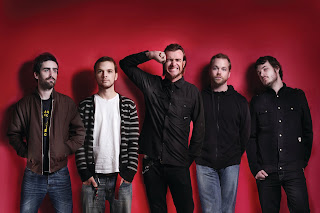 Australian rockers Karnivool already have a lot to look forward to in 2010.

First, their latest album, Sound Awake, is set to be released in the U.S. and Canada on February 16th. Their first single from the album, “Set Fire To The Hive” has been circulating for months now, and we encourage you to check it out on YouTube!

Also, later in the month the band will be embarking on their Sine Waves & Mirrors tour that’ll be hitting Australia, Germany and the U.S. Included in their U.S. tour dates are a few days at SXSW and then a joint tour with Fair to Midland which will all be kicking off in March.

For more info on the release of Sound Awake or Karnivool’s tour dates, check out their MySpace page.

Karnivool – This year’s breakout prog rock album comes from… Down Under!?