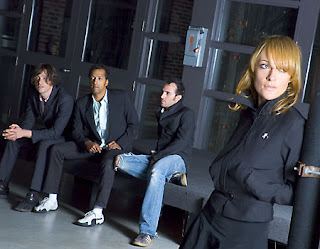 Although Metric’s “Gimme Sympathy” video looks like magic, doesn’t mean it actually is.
Although it looked like Metric band members disappeared and appeared in each other’s places, playing each other’s instruments, it was of course, camera tricks. Although it is cooler to think that Metric is a band full of wizards, it just isn’t so.

The video below shows how the cast did it. It was done all in one take–and it was pretty simple.

For more on the making of the “Gimme Sympathy” video, check out Metric’s HIP Clip, premiering tomorrow at twelve on our You Tube channel.