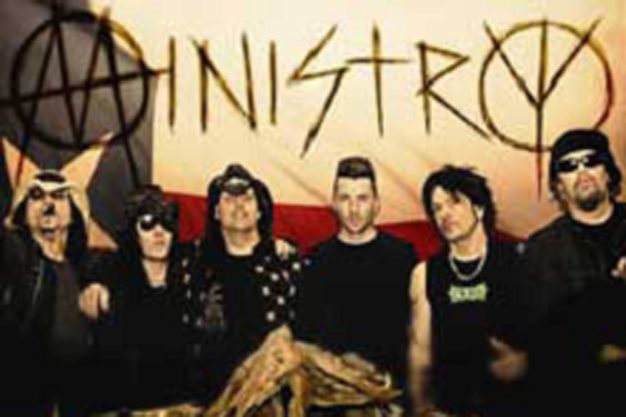 Due to the tumultuous political landscape nationally and abroad, many bands use their platforms to campaign for their beliefs and reform. Sometimes they incorporate subjects into their music or educate fans at their shows, but Ministry uses their platform to their advantage and incorporates politically charged statements and unconcealed economic and social opinions of all scales. Birthed in Chicago in 1981, project founder Al Jourgensen is considered to be the pioneer of industrial rock. He is keen on subjects that range from politics to conspiracy theories to American history to any native Chicago sports team.

Ministry also comprises of John Bechdel (keyboards), Sin Quirin (guitars), Paul D’Amour (bass), Cesar Soto (guitars), and London May (drums). They’re signed to Nuclear Blast, and many of their albums have been nominated for Grammys. They turn their anger against America’s mess into a driving force for a more explosive and heavier sound. Ministry releases pure insanity when on tour, their live energy got them booked on countless festival lineups.

“Lies, Lies, Lies” is a blunt exclamation opposing the Iraq War and the catastrophic events that led up to it. We helped get Ministry’s message out in 2006, garnering over 397k views on YouTube. A picturesque, all-American family follows the basic lifestyle guidelines by gluing their eyes to their television sets and obeying everything it says. So, when a “stereotypical” terrorist figure appears outside their window, they comply to instructions and duck under their tables, proving how submissive the public is. A marching group of skeletons in army uniforms are then herded to their next war.

The current national chaos is giving Ministry even more ingredients for their musical recipes. Their 2018 video for “Twilight Zone” (https://www.youtube.com/watch?v=kjEC49hTitI), of course, begins with a mocking slow motion of Donald’s Trumps famous punchline: “Make America great again” leading into Ministry’s rendition of the infamous Twilight Zone show opening. The band plays in front of dozens of TV monitors with a fence that separates them from a protest against the police. “Twilight Zone” encompasses everything you can expect to find on a news channel on any given day in America.

Be sure to stay updated with their busy schedule. You can find more information by heading to www.ministryband.com.