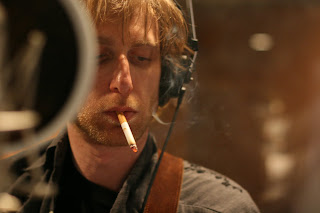 Being friends with a movie star certainly has its benefits. Neil Nathan, New York folk-tinged rocker and former roommate of Rosario Dawson (Harmony Korine’s Kids, Men in Black II, Sin City, Grindhouse, etc.) is lucky enough to have his friend appear in his latest music video, “California Run”, which was directed by Ric Serena and Vaj Potenza. The video can now be seen on Dawson’s official site, .

Nathan says, “It was such a treat to catch up in between takes. Rosario always inspires. She made me look good when she visited my classroom (Nathan’s a former NYC high school history teacher) and now she’s doing the same on screen.”

Dawson was also excited to work with her old friend on “California Run,” “I’m so happy to support him and it was a blast to hang, sing and ride together in Topanga Canyon.” Clearly a fan of the man and the music, she says, “I wake up with ‘When The Rain Falls’ and ‘California Run’ playing through my head constantly so I’m glad to have the excuse of being in one of the videos.” The video, which features Nathan hitchhiking his way to his lost love, has Dawson picking him up and bringing him one step closer to the girl of his dreams.

“California Run” is on Neil Nathan’s latest LP, The Distance Calls which is due out August 24th. The album was produced by The Go’s Bobby Harlow at Tempermill Studios and features some of Detroit’s finest musicians: Dean Fertita (The Dead Weather, QOTSA), Kenny Tudrick and Joey Mazzola (Detroit Cobras), John Krautner (The Go), and Ross Westerbur (Deadstring Brothers).