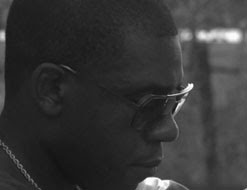 The empowering music of Ray Sytes reflects his Caribbean upbringing, and this Guyana native expresses his passion for the music scene through contemporary hip-hop beats and rhythms. HIP Video Promo presented fans with “I Wonder,” a sensational translation of the complications of love, earlier this year. With infinite praise, we present music programmers with Sytes’ most powerful video known to date, “Can’t Back Down.”

Experiencing childhood throughout Guyana and then moving to The United States at an early age, Ray Sytes has transformed his musical influences into an irresistibly transcendental experience. Listeners can’t help but be moved by his ability to blend cultural influences with contemporary hip-hop sounds, and he is currently turning heads in recognition for his past musical creations. With over fifty thousand downloads, his recorded EP Guyanese Pride is available on Frostwire.com. Tote My Flag, a previously released mixtape, can be heard on Datpiff.com as well as other numerous sites, and has recently received critical acclaim as well. The popularity of Sytes as an artist is rising, and with a current decline in talented hip-hop musicians, it is a breath of fresh air to come across such an astute artist as he.

Sytes plans to release his debut album Welcome 2 Guyana soon, which will include songs that combine his cultural upbringing and roots with modern hip-hop music in such ways that capture any type of music listener. Throughout his success, Ray Sytes has managed to maintain excessive amounts of feedback from fans all over the country. His profound ability to express the hardships of daily life and the extremities that Americans go through in order to keep themselves sane is what makes up his newest video clip, “Can’t Back Down.” The video is about struggle, courage, and the power to overcome the many obstacles that life has to offer. Sytes explains that “all of these characteristics were evident in Rasul Rocky Clark,” a young man whose spirit moved him to dedicate “Can’t Back Down” in remembrance of him. Click HERE for the full bio!