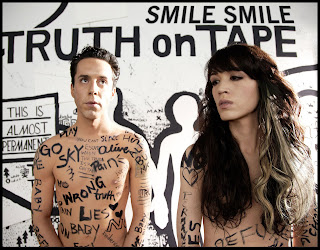 Hey guys, check out what the band just announced!

“Earlier this year we were invited by Bowling For Soup to go on tour. We were flattered, yet terrified. We were convinced their pop/punk fans would hate us and throw beer bottles at our faces. We decided it would be smart to work up a Smile Smile version of a 90’s pop/punk song to avoid said hatred and beer bottle throwing 😉

Well. . . it went over so well we decided to record it when we got home from the tour. So, we went in the studio a while back with our friend Jaret Reddick (Bowling For Soup) and recorded a cover of Blink 182’s song Dammit.

Those of you who come to see us live know that this song STILL gets requested (and played) live.

Well I think IT’S ABOUT TIME WE SHARED THE DAMN SONG !”