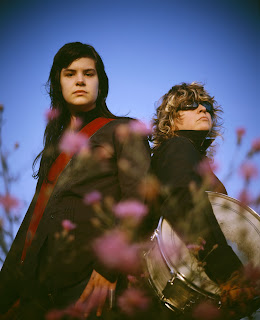 The Pack A.D. is crashing through the border this March. After thoroughly wringing Canada dry of whiskey, they’re clawing for more in the U.S.

They’re touring in Seattle, then hopping on down to South by Southwest, then, at the end of the tour, they’ll be hitting up Richmond and Tampa Bay.

The Pack A.D. is a gritty blues band that smells of Janis Joplin and Leadbelly. Their songs spit out cigarettes and beer. The Toronto Star exclaimed that “Lord Almighty do they rock–in a gritty, unhinged, kind-of frightening manner.”

Take it to the next level and check out their MySpace page.