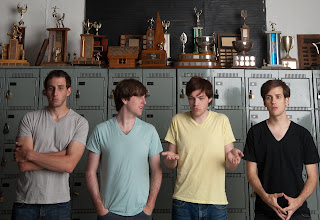 Our good friends Two Hours Traffic are less than a month away from heading out on the road to melt all your faces off. They’ll be touring Canada and the US, and you can find the dates below. Like their mission statement sais “The road is indeed calling once again and with the strength of song on their side, Two Hours Traffic will continue to drive through both the brightening dawn and the darkening dusk. Bringing their Territory to yours.”