Esser is coming to America! 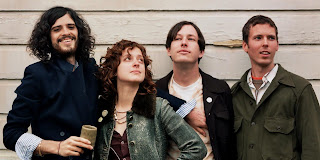 Vetiver’s beautiful, sonic song “It’s Been So Long” is used in an independent movie trailer about female surfers and ocean explorers. Check it out. The film is called Dear & Yonder, and it’s created by Villa Villa Cola. Villa Villa Cola is a collection of artists who have produced films and zines encouraging more women to take up skating–and now, they’ve created a film to encourage surfing as well.

The film’s trailer is beautifully shot, showing crystal blue surf, fiery orange sunsets, amazing surfing tricks, and an underwater world brimming with dolphins. It’s perfect imagery for such a soothing and lullaby-ish song that is “It’s Been So Long.”