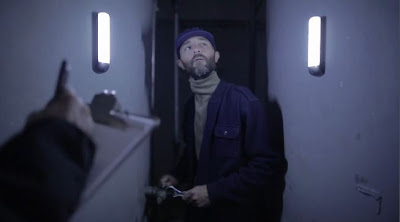 We’re so thrilled to be a part of the Temporary Residence promotional team once again championing another amazing Pinback video. Their latest video for “Sherman” just premiered on Wired.com. Check  out what Wired had to say…

Pinback’s Rob Crow and Zach Smith touch down on a prehistoric planet in the new music video “Sherman,” exclusively premiered below. But their space boots follow in the obscure sci-fi footprints of 1962 cult Soviet film Planeta Bur.

“It had everything!” Pinback vocalist, guitarist and culture geek Crow told Wired about the oft-rebooted sci-fi flick. “Spaceships, a robot, a hovercar and a creepy scientist.”
Just a few years later, footage from the film was heavily grafted by low-budget cinema kingpin Roger Corman into Americanized B-movie rip-offs. Corman’s film “Voyage to the Prehistoric Planet took Planeta Bur, removed the credits, renamed the characters and added some American actors,” Crow said. “Then in 1968, Corman had Peter Bogdanovich take that film, add scenes of ladies in silly dresses throwing rocks at a statue on the beach, and call it Voyage to the Planet of Prehistoric Women.”

Crow has added his own fingerprints to the serial borrowing. He mashed all three films into visuals for Pinback’s extensive tour, which starts Nov. 9 in Philadelphia, in support of the indie rockers’ new release, Information Retrieved, released Tuesday by Temporary Residence Ltd. Click HERE for the whole article.