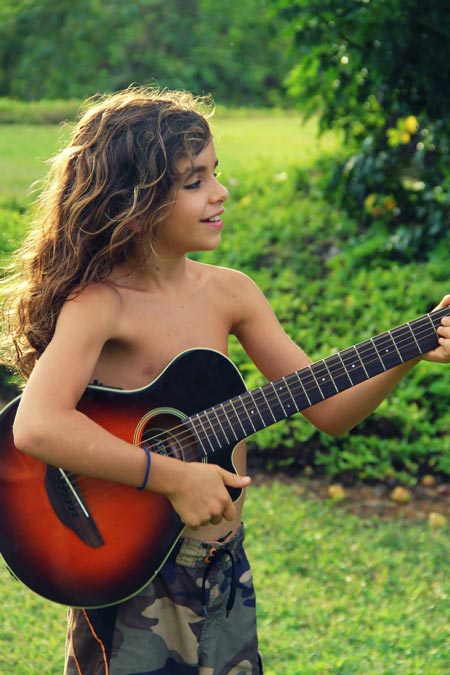 11 year old, singer/songwriter Neo, one of the many talented siblings who make up Hawaii’s fastest growing band, Havaiia Family Band, recently released a video of his cover of Owl City’s hit single “Fireflies” and the response has been phenomenal, primarily due to the fact that his rendition is nothing short of AWE-INSPIRING. Did we mention his video is already at 4 million+ views!?? Yeah, seriously. This kid has a bright future ahead of him.

Currently there’s a contest underway at popular video website, Vube.com, where he uploaded his cover, and if his video gets the most views/thumbs up he wins!