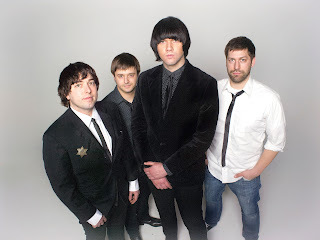 From Portsmouth, New Hampshire, The Connection are rolling out nothing but hits. Described as straight up rock ‘n roll, these New England hit makers wow the crowds with performances of their “three-minute-modern-beat-anthems,” and HIP Video Promo is delighted to present you with their newest video clip “Crawling from the Wreckage Of A Saturday Night.”

Stop Talking is the debut EP from The Connection and the music is true 60’s retro, garnering comparisons to classic artists like The Standells and The Searchers. What traditional artists from the 60s envisioned were songs that were straightforward in structure and form, and The Connection have created music that has been done the way the originators always dreamed of. Little Steven at the Underground Garage plans on naming “Crawling from the Wreckage Of A Saturday Night” the Coolest Song in the World on July 5th, and then it goes into heavy rotation on Sirius satellite radio, and that’s not all The Connection has in store—HIP Video Promo is pleased to present the video clip “Crawling from the Wreckage Of A Saturday Night,” a tune that ignites and echoes some of the most powerful music from the era of the 60s.

Directed by Joel Messer, “Crawling from the Wreckage Of A Saturday Night” exemplifies all of what this band on the rise does so well. Crafted by scenes of them performing this catchy and dance-driven tune, the clip offers an oh-so-Beatles-esque vibe that will captivate and lure you in from the start. The song is a feel-good tune that ends rather quickly, but keeps you on the edge of your seat through raw entertainment. Straight up rock and roll is what can used to describe this vibrant and energetic clip, and The Connection pulls through the wreckage of one more fun-filled Saturday night with the power of music.