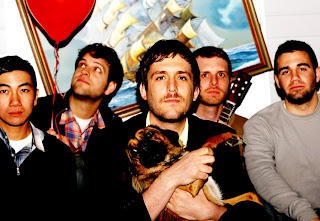 Aeroplane Pageant’s single “Stars Still Pretty” was just announced as #8 in AOL Spinner’s list of the Top 10 downloaded songs of 2009. It’s a pretty desirable list to be a part of too, sharing real estate with other artists like The Hold Steady, The Thermals, Bob Mould, Crystal Castles, and more. Wanna see the full list? Here it is.