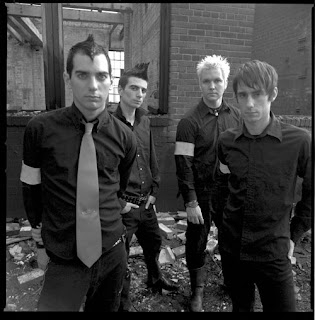 Anti-Flag has been a significant force to reckon with for a little more than a decade, and have spent time on a handful of label’s including New Red Archives, their own A-F Records, Fat Wreck Chords and RCA before settling in with SideOneDummy for the release of their ninth studio album, The People or The Gun. The band will continue their tradition of politically-fired anthems with tracks like “Sodom, Gomorrah, Washington D.C. (Sheep in Shepherd’s Clothing)”. You can stream the track here.

The band’s updated biography states that, armed with a studio of their own based in their hometown of Pittsburgh, Anti-Flag has been “able to create statements and music that is relevant and timely – on their own terms.”

Expect great things, and look for the album out June 9th on SideOneDummy!