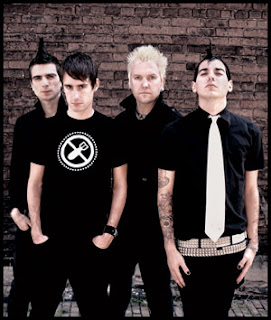 Anti-Flag have been rocking the ground on which Washington D.C. stands since 1988. Now, they’ve crafted a new song that compares Washington D.C. to Sodom and Gomorrah. Called, predictably, “Sodom, Gomorrah and Washington D.C.” the song will be the first track on their new album, The People or The Gun. This song criticizes politicians who use religion as a way to sway people to their side.

Although The People Or The Gun won’t be released until June, it has leaked on the internet, and people and places are writing favorable reviews.
AbsolutePunk praised the album, saying that “despite all the fist-in-the-air anger, this is Anti-Flag’s most focused, cohesive and dedicated effort.”

AbsolutePunk also encouraged fans to buy the record despite the leak, as proceeds go to Amnesty International, a free unreleased track is included, and he lyrical booklet contains some interesting quotes. Also, singer Justin Sane, on his blog said the essays and artwork included in the album are important to the whole package.