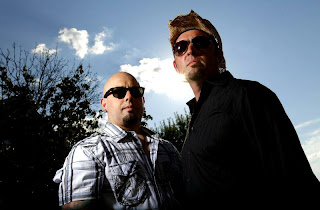 August & J are both friends who have been collaborating over the years to present the contemporary music scene with powerful, alternative rock music. It all began after J had the feeling as if something was missing within his musical career, and after fifteen years of musical separation, he contacted friend August, whom he had always worked with on musical endeavors since the early 90s.
This duo proved in 2012 that they were ready to take their place among the current crop of hook-laden, radio-friendly alternative rock bands. After racking up a staggering 3 million (and counting) YouTube views for their last clip “For Once,” these alerts are at it again, this time bringing a highly personal video clip for a catchy and inspiring tune called “The Moon.”