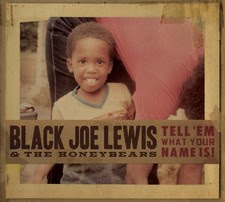 The inspiration for Black Joe Lewis’s tunes come straight from the gut. Frontman Black Joe said that he can’t really compose songs–it feels too contrived. Instead, he improvises, and if he didn’t record them on tape he would have forgotten how to play them.

This organic way of creating songs is evident in the texture and sound of Black Joe Lewis’s songs–the vocals are raw and ragged.

But the same time, the music is not all angst and anger. The music is often fun, funky and jangly.

The band’s influences range from James Brown to the blues magicians of long ago Missisppi Delta. Thus, Black Joe Lewis creates fun danceable numbers as well as heavy, gritty ones.