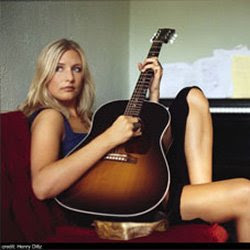 As Hank William’s granddaughter, she felt the presence of country music in her blood as early as age 8, when she started writing music lyrics, and they weren’t about My Little Pony. They showed an uncanny maturity for a person her age, taking on life, death, love and longing.

Now, later in life, Williams is succeeding as a country musician in her own right. She writes songs that people relate to on a very personal level, and she feels like when she touches people’s lives, it’s one of the best things to come out of creating records. “When people say that I helped them get through some rough situations with my music, that makes it all worth it,” she says.