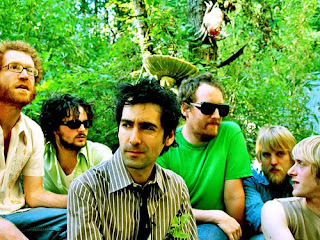 Our favorite country bumpkins, the band members of Blitzen Trapper, are going on-tour, starting tonight with a sold-out show in Chicago. And ending in a dusty, outdoor Coachella affair on April 18. Check out tour dates.

Blitzen Trapper is an act that is very inspired by the gruff vocal stylings of Bob Dylan, as well as the experimental doodlings of The Beatles. Sometimes they sound like country, somtimes like folk music, sometimes like pop music, and sometimes everything in between.