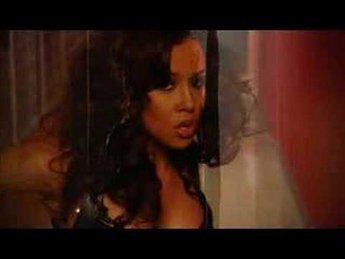 Pop singer Stefani Vara is the star of her very own reality show, taking place online. The show, in eight parts, will document the final weeks before the release of Vara’s debut album, Storybook Diaries. Vara said she’s letting camera’s document her story, as it unfolds, in order to give her fans an inside peek into the music business. You can find the show, titled “Cover Up,” on the social network imeem here.
In addition to the show, Vara is also witnessing another exciting event–the release of a new single.
Stefani Vara has said that she looks up to 80s pop icon Madonna, and Madonna’s unique pop sound comes out strong in the single, titled “Water,” a song that explores how love is ever-changing, just like water flowing.
Vara herself has said this so many people have been able to relate to her single on an emotional level because the song lyrics are ambiguous. The lyrics could be about any kind of love–it could be about a relationship, about family, about friends.
With her great voice, great looks and smooth R&B sound, I think Vara could definitely be the next Maria Carey, or Alicia Keys.

And, just like pop icon Madonna, Vara put out a sizzling-hot, gorgeous video to go along with “Water.” Check it out below: