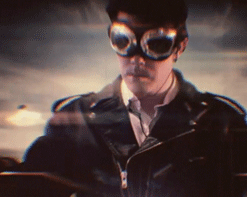 In 2012, Compo caught fire on YouTube and the college radio circuit with his solo effort, “Foolish Pleasure,” and now he’s back with a fresh mix of funk and rock with The Dream Logic. A total of thirteen hot new tracks were completed at the legendary Cutting Room Studios in downtown Manhattan with an all-star cast of jam band veterans who regularly perform with notable acts such Soulive, Trey Anastasio, Robert Randolf, and Blood Ulmer. Charles Compo has collaborated, performed and recorded with a diverse list of creative artists including William Hooker, Twyla Tharp and Sonny Sharrock.

As a composer, arranger and performer, Compo has many commercial credits on film and television and has been a featured artist at venues such as The Hennessey Jazz Festival, The Bell Atlantic Jazz Festival and The Vision Festival. His playing is reminiscent of an era when music was individualistic and horn players prided themselves on having their own sound. The Dream Logic brings back the feeling of some of the early fusion between jazz, R&B and rock with cuts like “Carpenter’s Trick”, “I’ll Be Right Back”, and “Spooky Reaction.”

“The Decision” is the debut single from the self-titled debut LP from The Dream Logic. The clip takes us on a wild ride through cityscapes and dreamy highways as scenes of the band performing live give us a feel for what The Dream Logic is all about. The organ and backing vocals come alive on this energetic tune, and the clips from the video take us to places that are nothing but filled with good times and rock and roll. Within the feel-good visuals is a sterner and more serious message about making the big decisions and deciding once and for all that it’s time to put himself first and stopping trying to “game it.” With all the unwanted distractions unnecessary complications, “The Decision” is a no brainer and is a strong message that needs to be heard!

Be sure to contact Andy Gesner and the HIP Video Promo staff at (732)-613-1779 or email us at info@HIPVideoPromo.com for more info. You can also visit www.TheDreamLogic.com/.