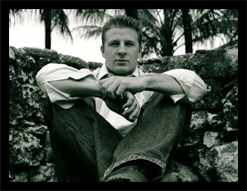 Hey music fans, Andy Gesner and the staff from HIP Video Promo here – and I’ve got a delirious new clip to brighten up your early spring morning. It’s no fluke that Alan Kalter, the announcer from the David Letterman show personally called Adam Gilbert a few weeks ago to tell him how much he enjoys his latest release, Fishing For Water and that he wants to get him on the Tonight Show. Adam Gilbert’s songs offer a certain amount of depth that we don’t get the pleasure of hearing to often. The Album is truly great, but I want to tell you about his hilarious music video, “Break Through Today,” which is the opening track from Fishing for Water.

Ok, hold on to something. We are going to put He-man, Skeletor, Lego Man, Super Mario, Bowser, Pee-wee Herman, and Japanese anime character Naruto all in the same High School. Now He-man (the jock) is insistently picky on the shy, socially awkward Skeletor. I mean when you have a yellow skull face with a high nasal voice it can be a rough foundation to work with. Eventually He-man’s childish antics get to a point where Skeletor can’t take it anymore. Therefore, like all real super heroes Skeletor wages an intergalactic war for the ages to find out the true master of the universe which involves water balloon fights on a grassy noel and a fierce dance off at the local town square mall.

This all resonates strongly with Gilbert’s music. The Adam Gilbert band plays brash, clever, wildly-infectious piano pop – Ben Folds Five with a dash of Jersey audacity. Fishing For Water, their latest set, contains his best, and best-known material, including several tracks that have been selected as the “Song Of The Day” on Garageband.com. “Break Through Today” is the Gilbert band at its best – stuttering piano and synthesizer stabs, stinging six-string and multi-part vocal harmonies, an acrobatic and indelible melody, and a delightfully sardonic performance from the frontman. Comparisons to Queen, flamboyant early-Seventies Bowie, and Elton John are merited – but we’re sure you’ll agree that Gilbert has a sound and style that is entirely his own.

Over the years, there’s been a long and inspired procession of hyperactive and hilarious clips shot on suburban playing fields. Adam Gilbert simply ups the ante by going further over the top than anybody ever has while making a clip like this, Gilbert ought to earn the respect of provocateurs, mischief-makers, and Kaiju Big Battel fans everywhere. Decked out in gold sunglasses and a patterned shirt, he cuts a charismatic figure from his piano bench. He’s a natural behind the camera, too – Gilbert directed the “Break Through” video himself. Capturing a galaxy-altering trillion-year-old battle on video is no easy task. But Adam Gilbert thinks big, and he proves here that he’s up to the challenge. And while we can’t deny that it’s always entertaining to see Tigger clotheslined by Skeletor, the true greatness of the “Break Through Today” video is its attention to detail. Every costume is elaborate and bold. Every facial expression is appropriately mock-epic. Every silly choreographed step feels as if it has an equally silly purpose. And fans of the Super Mario franchise (and who isn’t?) will love the real-time visual quotes from the legendary 8-bit video game. Toward the end of the clip, Gilbert offers several freeze-frames of Mario pelted by water balloons; it is, like the rest of the video, a weirdly gratifying watch.

Adam Gilbert is a popular draw on the NYC and North Jersey club circuit. Several Tracks from Fishing For Water have been selected as song of the day and song of the week on garageband.com. Gilbert’s band plays a brash, clever, wildly-infectious piano pop – Ben Folds Five with a dash of Jersey audacity. Comparisons to Queen and Elton John are merited – but we’re sure you’ll agree that Gilbert has a sound and style that is entirely his own.

We are thrilled to be championing this Jersey native and his new “Break Through Today” video! If you need more info, call Andy Gesner at 732-613-1779 or e-mail us at info@HIPVideoPromo.com.