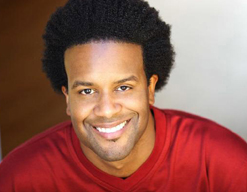 Hello cherished programmers! It’s Andy Gesner and the staff from HIP Video Promo, here with a sexy new clip from an emerging artist who’s already well-respected by successful musicians working in many genres. If Andre Delano didn’t do anything other than play his saxophone, he’d still be considered one of the best smooth soul artists in America. His tone is honey-sweet, his solos are playful and inventive, and his sense of meter is unerring. A burst of sound from his sax can transform an ordinary recording into an irresistible musical confection. Delano has the sort of talent that demands recognition – and consequently, it’s no surprise that the young saxophonist has been sought out by some gigantic names in the entertainment industry. Stevie Wonder, Wynton Marsalis, Maxwell, and Lionel Richie are just a few of the musicians with whom Delano has collaborated; even after establishing himself with a pair of winning solo discs, he’s still an in-demand musician, session player, and live performer.

But Delano is more than just a sterling instrumentalist: he’s also a magnificent soul singer. His voice is strongly reminiscent of Jr. Walker at his most seductive; it’s gorgeous, confident, relaxed, charismatic. Delano puts that voice to dazzling use on My So Fine, his latest disc. And when he sings and plays saxophone on the same cut – as he does on “The Da Da Song” – the results are electrifying. Tracks on My So Fine easily sidestep genre conventions: like Anita Baker’s best, they’re jazzy, but they’d sound equally convincing on an R&B or pop playlist. Delano seamlessly incorporates elements of Latin funk, hip-hop, Eighties pop, and even college marching-band music into his songs. It’s telling that Baker’s producer Sir Gant (who has also made recordings with Madonna and Peabo Bryson) works on My So Fine – Delano’s sultry, accomplished tracks seem guaranteed to reach a similarly eclectic, urbane audience.

David Fisher’s clip for “The Da Da Song” boasts similar virtues. It’s warmly romantic, too; a tale of childhood sweethearts and love rekindled. The handsome Delano is completely believable as a leading man, and the stunning Sharon Swainson plays the role of his girl. Delano is also a surprisingly nimble dancer with his axe in his hands; he demonstrates that he’s capable of moving with Swainson while serenading her with his saxophone solo. They stalk the rim of a beautiful backyard pool in a tropical location. It’s Delano’s home, and she’s come to visit, and, of course, be wooed back into his arms. We’re also treated to the backstory: a pair of child actors who bear a remarkable resemblance to Swainson and Delano come to life in sepia-tone and re-enact scenes from a photo album. The affair has been simmering for years – this is the smoldering conclusion to years of long-distance flirtation.

It is our distinct pleasure to work with the 7th Note crew to bring you this stellar video from an emerging smooth soul musician. If you need more info, call Andy Gesner at 732-613-1779 or e-mail us at info@HIPVideoPromo.com. You can also visitwww.AndreDelano.com to find out more about Andre Delano.