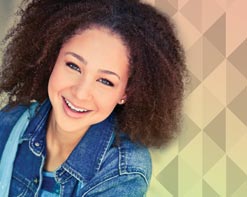 New Jersey born and bred, Briannagh D. has become the best kept secret on the independent musical landscape. Just in the nick of time, the world has a tuneful and tenacious pre-teen who is all about encouraging us to follow our dreams and imploring us not to be afraid to be ourselves. Briannagh D. is no newcomer to the recording studio or stage, but at only twelve years old, her talents belie her years! We saw this first hand last year when she dazzled us in her fully realized, freedom loving “American Fab Kid” debut video. Make no mistake about it, Briannagh D. has the hooks and the looks to get to the next level briskly!

This youthful and vivacious singer, songwriter, musician, dancer, model, and actress loves entertainment! Singing, dancing, and playing the piano since the tender age of five has truly paid off because now, with a discernible new confidence, the sky’s the limit. Her singing has consisted of regular participation in her church youth choir, class plays, and in talent shows performing Broadway musical compositions, but it’s in the recording studio where her star truly shines.

Whitney Houston, Adele, Barbara Streisand, Beyonce, and Mariah Carey are some of her favorite vocalists amongst musical inspirations. She’s also been fortunate enough to act in well received feature length movies, such at Cake, Vigilante, The Transition Project, and Epic Feud, in addition to appearing in commercials for the Northern New Jersey chain Zap Car Wash.

Since her emergence, performing classical piano pieces at quarterly recitals, ballet work in Princeton New Jersey’s McCarter Theatre’s The Nutcracker, and showcases of her vocal talent at New York’s Apollo Theater have all brought her well deserved recognition. Her own musical endeavors constitute genres of R&B, Soul, and Pop influences, giving her musical aspirations a broad range of flexibility. Her fresh, vibrant all-American look has even landed her roles in advertisements for Splendid Clothing, Forman Mills, and web and print ads for a major health care agency.

Executive producers Tessa Dennehy and Jamel “JKeyz” Richardson have teamed up to introduce Briannagh’s newest endeavor, “Stand Tall.” This compelling new song and video clip is captivating audiences around the globe. Blending motivation and outright inspiration, Briannagh tells a story of standing up for what you believe in, despite overwhelming odds. Taking on the role of motivational singer and emerging actress, “Stand Tall” is a declaration for all that this star stands for.

For more information on “Stand Tall” and exciting news on Briannagh D, please contact Andy Gesner and the HIP Video Promo staff at info@HIPVideoPromo.com . You can also visit www.BriannaghDennehy.com/ for more info.