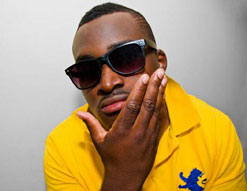 Hello programming friends, it’s Andy Gesner and the staff from HIP Video Promo, here to spread the news about the further adventures of the irrepressible D.Willz. As always, the videogenic rapper represents the Bay Area with quick wit and high spirits: that’s a red and gold Niners cap he’s wearing in the colorful clip for “Cashed My Check”. D.Willz isn’t shy about letting you know where he’s coming from.Welcome To Willzville, his profoundly exciting debut, felt like a crisp summation of all the movements and styles that have recently made Northern Californian hip-hop such a vital force. The album established D.Willz as an emcee on the rise — a funny, formidable storyteller with a mercury-quick flow, a common touch, and knack for drawing believable characters. Now comes The Bounced Check EP and its absurdly-infectious single; one that signals a fresh approach and a new dimension in D.Willz’s already well-developed sound. The beats and flow are still noticeably Californian, but he’s also incorporated some Southern flash and East Coast swagger into his his rapping. “Cashed My Check” feels like a message sent to all corners: the moment when this popular regional emcee becomes a national voice.

Which certainly isn’t to say that Welcome To Willzville went unrecognized. On the contrary: D.Willz’s humorous tales of Oakland discount stores, Bay Area street fashions, and local college life found audiences all over the country. “Licka Sto”, “Skin Tight Jeans”, and the propulsive “Put It In The Middle” all became underground favorites. The rap press noticed, too: D.Willz was praised for the honesty of his rhymes as well as the cheeriness of his disposition. On “Cashed My Check”, his mood hasn’t clouded at all — he’s as exuberant as ever, and rapping (as ever) with unbridled enthusiasm about his life and his experiences. The emceeing is smooth, the beats are slinky, the synthesizers sparkle, and the rhymes are hyperactively clever. “Cashed My Check” is already a popular Internet download; don’t bet against hearing it on commercial radio this autumn.

In the “Licka Sto” clip, D.Willz flaunted his roots: his “home” was an entertaining dayglo fantasy, but his haunt of choice was firmly established by the director as a typical Bay Area hangout. The “Cashed My Check” video shows us around a pure hip-hop hallucination — gorgeous girls moving fast, beautiful cars rolling, oversized “Publisher’s Clearing House”-style checks, and lots and lots of dollars. Only D.Willz is far too original to fall into any rap cliche: the bills that fall from the sky aren’t U.S. greenbacks but play money from a boardgame. They’re brightly-colored confetti in the air; party streamers that correspond to the color-coded shoes and cosmetics on the sexy dancers. Justin Tipping floods the footage with hot white light, and dresses the girls in outfits to match. At times, it seems their bodies are invisible: all that’s made plain is their accessories, their heads and hands, and their sexy pumps. But not all of the dancers — and money chasers — in the “Cashed My Check” clip are winsome. A few are clumsy white guys, amusing goofballs, older dudes who end up with bills in their mouths. Through it all, D.Willz remains supremely confident and bemused, a master of ceremonies in the truest sense. He’s subverting rap expectation and surprising us with his charm and his skill; he’s having a blast doing it, too, and that sense of fun is contagious.

We’re very excited to be working once again with Mark Kragen and the crew at 2Fresh Entertainment to bring you another must-see D.Willz music video. If you need more info, call Andy Gesner at 732-613-1779 or e-mail us at info@HIPVideoPromo.com.