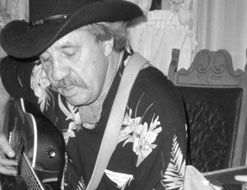 Hey there, dear programmers! It’s Andy Gesner and the rest of the HIP Video Promo crew presenting you with a country-folk artist who truly has been through the ringer in his personal life, and his music reflects his struggles through and through. This comes courtesy of KES Music & Video Distribution / NMAP based out of Chicago, Illinois, and David J. Simon, who is based out of South Bend in Indiana, presenting the new video “Click, I See Your Picture.”

For David J. Simon, music has literally been his savior. He “grew up singing around campfires and writing poems,” but he took a hiatus from music for 25 years in the name of being more responsible. He succeeded as a software designer/architect for companies like Microsoft, but eventually lost his fortune during the peak of the recession in 2008. He also faced other personal tribulations, including losing his sister to pancreatic cancer and his oldest daughter passing away just last year. In the midst of all this turmoil, David J. Simon turned to music once again, realizing it’s the one thing he’s always wanted in his life.

This power of rebirth following David J. Simon’s toughest times is most certainly reflected in his music. The sense of sadness felt in songs like “Click, I See Your Picture” is completely heartbreaking, especially when he sings, “I wonder if you ever think about me / I wonder if you ever found a home / I wonder if you found someone to love you / or if you’re still out there crying all alone.” Simon is joined by writing partner and performer joHn Kennedy to make for a formidable duo.

In terms of the video itself, you witness what it’s like to see a marriage fall apart between Simon and his leading lady. There’s David literally clicking around his computer, looking at pictures of her and reliving those frozen moments in time – from their wedding to the time spent with their kids. Throughout the video, you realize that the bad times outweigh the good as their intense fights get reenacted and the combination of her alcoholism with her jealousy of his music proves to be emotionally fatal. His reminiscing of the happy memories quickly fades when he remembers what tore them apart and that there was simply little promise for the future. At the same time, he struggles with the thought of deleting those memories entirely.

David J. Simon is the kind of man who knows there’s always more to hope for and that’s present in his debut album, Once Is Enough, distributed by KES Music & Video Distribution. We’re excited to announce that we have plenty of copies of Once Is Enough for your on-air giveaway needs so don’t hesitate to be in touch! We’re honored to be working with David J. Simon and KES Music & Video Distribution / NMAP and can’t wait for you to see and hear what makes him such a local favorite in his state of Indiana. If you need more info, call Andy Gesner at 732-613-1779 or e-mail us at info@HIPVideoPromo.com . You can also visit www.KESDistribution.com  to get more info on David J. Simon.