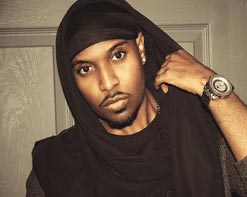 From classic comparison to R&B artists such as Marvin Gaye, and contemporary ones, like Usher, Duprai is making a name for himself on the R&B music scene. He has released two successful EPs, Evolution of a Love Affair and Let Me Know, through Melody Inc., and with debuts on college music charts, his music is currently being played over seventy-five TV station outlets throughout the United States.

In a recent article in WDEP Magazine, he explains to fans what drives him musically, and has expressed his love for singing and dancing since the mere age of ten! From New York to Los Angeles, as well as legions of fans from the UK and Japan, he is winning over the hearts of R&B fans. His national tour is set to take place throughout the US and Canada and will bring Duprai’s immensely popular theatrical show to full bloom.

The all-star cast in “Dreams” make this video all the more impressive. Directed by Jason Forster and produced by Carrie White, the clip includes scenes that play out like a short film. Michael D. Forster’s cinematography give this clip classic elements of style that trick the viewer into thinking they’re in another time. Filled with raw emotion and edge-of-your-seat anticipation, Duprai has revolutionized contemporary R&B music.

“Dreams” is a mesmerizing video displaying the vivid style of this exciting new artist’s timeless vocals and style. For more information, please contact Andy Gesner and the HIP Video Promo staff at (732)-613-1779 or email us at info@HIPVideoPromo.com .