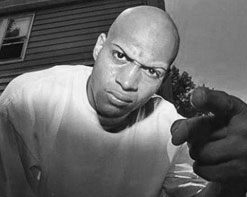 We always beam with a certain pride when we see our New Jersey brethren doing big things and making the Garden State proud! When we were first introduced to Newark’s Feerce, we immediately knew that he was the real deal. With a style that is reminiscent of a bygone hip-hop era, Feerce is not about the glitz or glamour. He’s all about tapping into the raw nerve that has endeared 90s-influenced hip-hop into an entire generation of listeners for life. His new single, “Body Somebody,” hits all the right marks while never needing to resort to cheap tricks to drive home his exceptionalism.

In his lengthy career Feerce has seen all sides of the music industry. In his early years he was featured in The Source Magazine as an Unsigned Hype artist, eventually signing on with both Arista and Elektra Records. Feerce then went on to appear on BET Rap City, BET Teen Summit, MSNBC, Lyricist Lounge, and Billboard Magazine. Over the span of his career, Feerce has collaborated with Kanye West, Carl Thomas, Black Rob, Lady May, No I.D., and Charlemagne.

Much like the music industry has undergone a sea change, Feerce has also embraced the opportunity to continue as an independent artist. This lyrically talented artist with a unique, unpredictable sound is always a trendsetter, never a follower. Striking out on his own was a natural choice.

“Body Somebody” is a banging clip that casts a bright spotlight on Feerce and his crew while they kick around the streets. Posting up on a nondescript side street in the city, they give the viewer a workout of the senses by trading verses with a fluidity and energy rarely seen in modern hip-hop. The brick buildings, tattered streets, and the abundant graffiti create the perfect backdrop for the crew. As an artist that has always been about keeping it real, “Body Somebody” is a no-frills example of the power of his rhymes, rhythms, and unmistakable flow!

Huge props to the Feerce crew for delivering such a raw, energetic video to share with the masses. Please contact Andy Gesner and the HIP Video Promo team at (732)-613-1779, or email info@HIPVideoPromo.com for more information.