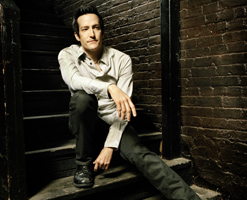 Greetings fellow rock and roll lovers, it’s Andy Gesner and the staff from HIP Video Promo, here with the latest clip from an enduring hard rock favorite with plenty to say. They’ve had some of the biggest hits of the alternative era – “Dose”, “Take A Picture”, “Where Do We Go From Here?”, the controversial “Hey Man, Nice Shot” just to name a few – and their characteristic fusion of industrial music and anthemic hard rock has made them a massive concert draw and a commercial-radio staple. They’ve collaborated with Trent Reznor, The Crystal Method, D’Arcy Wretzky from the Smashing Pumpkins, among many others. But none of that is what we respect the most about Filter. We respect Filter for their guts, their outspokenness, and their willingness to tackle difficult subjects in their rough-edged rock songs. A band whose lead single concerned the televised suicide of Philadelphia politician Budd Dwyer is not likely to shy away from tough language and provocative sentiments.

And as Filter’s career has progressed, their statements have become bolder, more confrontational, and more articulate. Songs on The Amalgamut, their 2002 release, addressed addiction, the Columbine shootings, prison, false patriotism, and the 9/11 attacks on America.Anthems For The Damned, their latest release, picks up where the last album left off – singer Richard Patrick writes candidly about rampant militarism, the culture of violence, and his own experiences in alcohol rehabilitation. The album is appropriately-titled: these are huge cinematic-sounding productions, rafter-raising and inspiring, in spite of (and sometimes because of) the dark tone.

The band’s critiques of modern society are sharp, but wouldn’t stick if they weren’t delivered with such conviction and power. Richard Patrick’s voice has always had a lunatic authority to it; on Anthems For The Damned, it soars through these mixes like a guided missile. As always, his vocals are spot-welded onto edgy, bracing tracks – crammed with distorted guitar, piston-pumping bass, and experimental electronics. That said, “Soldiers Of Misfortune” may be the most immediately accessible and appealing thing they’ve ever recorded: a piece of concrete-solid modern rock with an undeniable chorus and a magnificent performance by the animated Patrick.

And don’t get the wrong idea: this track may be radio-ready, but the Filter frontman is as polemical as ever. Written after a Filter fan was killed in action overseas, “Soldiers Of Misfortune” is a condemnation of America’s addiction to armed solutions to international problems – and a pledge of sympathy for the young combatants who pay the ultimate price. “Can’t we learn from history?”, bellows Patrick, before soliciting a prayer for peace from his audience. Evan Lane’s clip for “Soldiers Of Misfortune” is bleak and, at times, disturbing. But the band looks terrific – as commanding as they ever did in the mid-Nineties. Lane shoots the quintet under cool blue light; Patrick is sometimes blurred and sometimes swallowed whole by the darkness, but at critical moments, his face snaps into crisp focus, and he delivers his broadsides with infectious outrage. Around the band, a sea of black, bubbly oil is brewing – and soldier-mannequins, adorned with the American flag – sink slowly into the tar. It’s a visual metaphor for the military quagmire we’ve found ourselves stuck in, and it’s particularly upsetting to see the young faces sacrificed to the hunger for oil, their faces swamped by black gold.

Big thanks to Jimmy Brunetti and the folks at Croshal Group and Pulse Recording to bring you this anthemic new clip. Filter will be hitting the road this summer in support of Anthems For The Damned, so please let us know if you’d like to catch up with them for a video interview when they are in your market. We’ve also got plenty of copies of their new CD for on-air giveaways. If you need more info, call Andy Gesner at 732-613-1779 or e-mail us at info@HIPVideoPromo.com. You can also visitwww.CroshalGroup.com, or www.OfficialFilter.com to find out more about Filter.