Norwood Young “I Fell In Love With You First!” 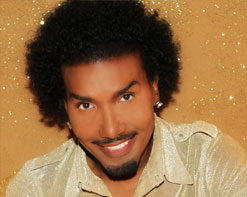 Hey there, programming friends! It’s Andy Gesner and the rest of the HIP Video Promo crew bringing you a light-hearted video from an R&B singer whose voice is as smooth as silk. Norwood Young is his name, and in the last 10 years or so he’s built a reputation as many things. They include everything from being a constant on the Hollywood party circuit to taking the time to feed the hungry every single day for the past five years through his Feed His People orgranization. He’s taking a break from that reputation and reverting back to his one constant happiness (music, of course), serving up an enticing video with “I Fell In Love With You First!”

It’s a simple tale of falling in love as the video captures intimate moments of Norwood Young spending time with his girl. Whether they’re having a picnic or hitting up the local amusement park, it’s clear that this love has enraptured Norwood Young through and through. Norwood Young is an undeniable crooner, which you are able to witness as he sings directly into the camera. Another plus? As a longtime Los Angeles resident, Norwood Young gives the audience impeccable views of the city as he and his significant other take a run through Runyon Canyon Park and later end up at his buzzed-about mansion, Youngwood Court (also known as “The House of Davids,” earning the name because of the 19 statues of David that line the front yard).

You can’t deny that Norwood Young has quite a set of pipes. He’s been a contestant on the popular Star Search and has been recording since the age of 16 when he first signed with Philly World Records under the moniker Norwood B. The New Jersey-raised singer eventually trekked it out to Los Angeles and became the public icon he is now, even having a stint on reality TV with E!’s High Maintenance 90210.

But now, Norwood Young is all about focusing on his music. “I Fell In Love With You First!” is an upbeat tune with classic R&B elements, which is something you can definitely look forward to when it comes to Norwood Young’s upcoming album,Getting Back To My Me. Sharing the same title as his book, the album is perhaps Norwood Young’s attempt at addressing his much-speculated private life and focusing on being the committed performer he’s always been – whether it was on Broadway, during his temporary stint as part of the jazz group Pieces of a Dream or now as his own respectable solo act.