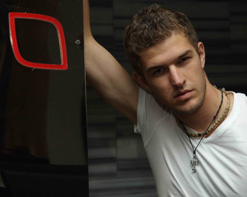 Hello programming friends. It’s the HIP Video Promo crew once again, here with a Top 40 hit, that will have your female customers hitting repeat or overloading your request lines. This video is from a rapidly rising acoustic guitar donning pop star in the making. Scotty James, who sounds like John Mayer meets The Script, makes an immediate splash into mainstream by debuting his irresistible brand spankin’ new single “Wanna Be Loved.”

Scotty James received his first acoustic guitar when he was just a little kid. The massive instrument, in all its majestic mystery led him to discover the allure punk rock as a young teen. As he came of age, he knew that his path would eventually lead him back to the acoustic guitar. After travelling from his home in Canada to California and back, he decided that music would be his life. Armed with only a guitar and a dream, Scotty hit the streets to raise money to record his first album by playing songs door-to-door. One of those songs was “Wanna Be Loved” and one of those doors happened to belong to a music manager.

Soon after this life changing meeting, the album was produced and the debut single “Wanna Be Loved” hit Top 40 radio stations across Canada, like the uber popular The Beat 91.5. Scotty James dreams of following in the footsteps of his favorite artist like John Mayer and Train, and judging by his breakneck pace, he’s well on his way! Scotty James is currently on tour supporting his single and his brand new EP titled Crazy.

The video shows off the Scotty James’ fearless attitude as he sprints into a major radio station and locks himself in the broadcasting room to perform “Wanna Be Loved” on the airwaves. However, he’s not doing this for fame or money, but for the most ancient and primal reason any man does anything – to gain the affection of a girl. His two friends then bring the radio into an classroom lecture where the girl is attending. What ensues is calamity and madness as the professor chases his two friends around the room for the rest of the track. How does it all end? The girl is wooed and calls Scotty to give him a shot at love. However, Scotty is quickly arrested and detained! One must suffer the consequences for bad-boy-dom, but in this industry, a criminal record is as good as a gold one.

Action, hooks, romance, and attractive people, like Ellen Coleman – Sports Illustrated cover model, are all bundled in with this perfect pop gem for your viewers to lavish in. Scotty James has a bright future ahead of him, and we urge you to join in to become a part of it! We also have copies of Crazy available for you to take a listen to! We’d love to set up some contests and giveaways, so please reach out to get extra Scotty James goodies. If you need more info, call Andy Gesner or Rob Fitzgerald at 732-613-1779 or e-mail us at info@HIPVideoPromo.com. You can also visit www.ScottyJamesMusic.com to find out more about Scotty James and any show dates near you.