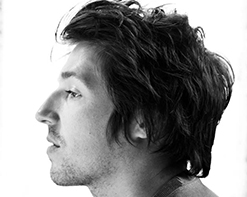 Once in awhile, you come across that rare song that connects on the very first listen. The melody. The music. The beat. All the elements align in such a way that instantaneously get into your soul and make you move. Shane Piasecki’s new single, “Feels Alright”–a revved up and rootsy slice of soul-rock–is such a song. And the accompanying video–a chronicle of his real-life adventures in New Orleans at this year’s Mardi Gras–packs the visual punch to match the song’s irresistible vibes. HIP Video Promo is very proud to present the clip for Shane Piasecki’s “Feels Alright.”

Based in Nashville, singer/songwriter Shane Piasecki has been steadily growing as an artist for nearly a decade. And he’s spent the majority of that time on the road where he once performed an average of 300 shows a year. Along the way, he’s put out four records, spotlighting his natural command of R&B, pop, rock, folk and blues. His debut, All For Coffee, has gone on to sell over 10,000 units.

Whether playing acoustic or electric, Piasecki’s skill on the guitar is undeniable, but his greatest instrument is arguably his voice–strong, sweet and slightly frayed at the edges, lending an air of wisdom and experience to his words. His latest record, Set You Free, is his first for label LandStar Entertainment, and his best collection of songs to date. Lead single “Feels Alright” perfectly captures Piasecki’s easygoing confidence and his knack for a great hook. In the clip, he spends his day in the Big Easy making new fans, singing and playing his acoustic guitar to locals on their front lawns. But at night, it’s pure party euphoria, as Piasecki and his traveling companions take part in the epic enormity of Mardi Gras, filming the festivities, and capturing the magic on film. “Feels Alright” provides the perfect soundtrack to their adventure, and by the end of the video, you’ll be feeling quite alright as well.

Set You Free is available now on iTunes, and Piasecki is currently gearing up for a string of tour dates with Howie Day at the beginning of June. In the meantime, HIP Video Promo is excited to help spread the word about this exceptional young artist. For more information about Shane Piasecki or his great new clip for “Feels Alright”, please call Andy Gesner at (732) 613-1779 or contact info@HIPVideoPromo.com.