Sharon Jones & the Dap-Kings “Stranger To My Happiness” 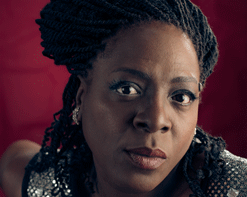 With a new album set for upcoming release, Sharon Jones & the Dap-Kings are suiting up for 2014 in style. HIP Video Promo is pleased to once again work with Jones and the Dap-Kings, and are more excited than ever to introduce the breakthrough video clip “Stranger to My Happiness.”

Sharon Jones & the Dap-Kings are already known as one of the world’s most exciting soul acts. Their albums recall an analog era of “iconic studios like those at Motown and Stax Records” and have thrust the band into the multimedia limelight. In 2010, Jones and the Dap-Kings released their fourth album I Learned the Hard Way, debuting at number fifteen on the Billboard 200. After a few weeks on the shelves, the album continued to climb the charts reaching the number two spot for “Independent Albums” and number six for “R&B/Hip-Hop” albums.

Over the years, Sharon Jones & the Dap-Kings have released a variety of albums on Daptone Records. Most recently, Soul Time! was released in 2011 and consisted of rare and previously unreleased tracks. Their sound is an elegant brew of gritty sounds reminiscent of gospel, soul, and funk genres. The nine-piece act continues to inspire and electrify fans from around the world with their raw and heart-felt sound. In preparation for the upcoming January 14th release of their newest album Give the People What They Want, Sharon Jones & the Dap-Kings are set for a string of TV and radio Performances on Late Night with Jimmy Fallon, CBS Saturday Morning News, The Ellen DeGeneres Show, Conan and The Tonight Show with Jay Leno.

Jones and the Dap-Kings are pleased to share with you the video for the single “Stranger To My Happiness” directed by Rob Hatch-Miller and Paloma Basu of Production Company Productions. The clip finds the band cast as a wedding band, captured at the end of the night, having fun after everyone else has gone. The festive performance displays Sharon Jones at a specific time in November, strutting a look that clearly illustrates a side of effect of her chemotherapy treatments. Miss Jones made a conscious decision that day, as she recalls: “Not wearing a wig and just being bald was an easy decision for me. I’ve always been me, and that’s not going to change now.”

Give The People What They Want is set for release on January 14, 2014 via Daptone Records. To support the album launch, the band kicks off the release with a plethora of TV and radio appearances that you cannot afford to miss! For more information, please contact Andy Gesner and the HIP Video Promo staff at (732)-613-1779 or email us at info@HIPVideoPromo.com . You can also visit www.SharonJonesandtheDapKings.com/.

For info about Sharon Jones’ “I Learned The Hard Way” video, click HERE