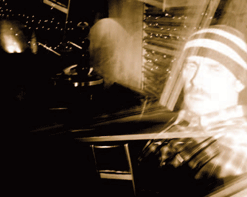 Acclaimed New Zealand-born singer, songwriter and guitar player Ted Brown had a promising career fronting his own band before he became firmly entrenched in a drug habit that sidelined him for seven years. Though he’s now been sober for over a decade, the modest and private musician has kept his powerful story to himself. With his second album An Unwide Road, he shares his journey with an elegantly introspective record. HIP Video Promo is pleased to introduce the touching and powerful music video clip “Love Is.”

Ted Brown is the recipient of a New Zealand music award for “Most Promising Male Vocalist” and has contributed to recordings by many artists both in New Zealand and in his adopted home of Los Angeles. He’s earned cult credibility through his Kiwi band The Tunellers and in recent years, has been best known as guitarist, background vocalist and collaborator with his old friend and Pagan Records label-mate Greg Johnson. Brown has toured extensively with Johnson and played on his last five records.

This artist on the rise has toured as a solo performer and in 2007 issued his critically acclaimed solo debut Shaky’s Blessing. The title track from his current album An Unwide Road has the distinction of making the semi-finals of the International Songwriting Competition. The album is confessional and takes a look back at a tumultuous past from a centered present. Brown recorded An Unwide Road at Roundhead studios in Auckland, New Zealand with producer Wayne Bell.

The “Love Is” video captures the warmth and fluidity of the record. We share a downtown city scene from the back of a 1950 Ford through the eyes of a little girl. As she passes people going about their daily lives, they are suddenly and mysteriously inspired to kiss the stranger who happens to be nearest them. Is this simply the world through the eyes of a child, or is she actually the source of the irrepressible love that sweeps the city? Either way, even the most random and unlikely individuals are powerless to resist and the little girl watches in joy and appreciation- all the while teaching us a very simple lesson about the everlasting power of love..

Guided by folk and indie inspirations, and his own honesty with his path in life, Ted Brown is a truthful and inspiring artist. For more information on his most recent single and video clip, please contact Andy Gesner and the HIP Video Promo staff at info@HIPVideoPromo.com . You can also visit www.TedBrownSongs.com/.