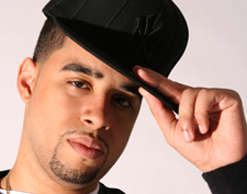 Hello friends, it’s Andy Gesner and the staff of HIP Video Promo, here to spread the word about a talented underground emcee whose writing deserves a much wider audience. For many years, the recordings of Will Vill have been treated as something of a closely-guarded secret by those who’ve heard them. The favorite son of his heavily-Dominican northern Manhattan neighborhood, Will Vill’s status as a street poet has never been questioned anywhere in the Five Boroughs. His tales of street life are sharply-observed, his tributes to his block and his crew are inspiring, and his excursions into abstract lyrical territory are evocative and engrossing; beyond that, he’s a skilled rapper with an authoritative-sounding voice and an electrifying flow. It’s been said that every urban neighborhood deserves an emcee equipped to voice its collective joys and concerns; Will Vill represents Washington Heights with grace and style.

The Arrival, Will Vill’s hard-to-find debut, earned the rapper comparisons to Prodigy, Big Pun, and heralded independent emcee L Da Headtoucha: “like many promiment New York rappers”, writes Matt Jost of Rap Reviews, “Will Vill represents the hip-hop-loving boy who the streets have turned into a hardened man.”. The Arrivalis an invigorating trip, and one crammed with bold detail and rare wisdom – stories of life on the wrong side of the law, condemnations of shortsighted materialism, hallucinations and street dreams, and vibrant character sketches. Sixteen tracks and not a dull moment on them; the lyricism never flags, and the emcee never misses a stitch.

His two most recent singles keep up his winning streak. “Confuzed” (produced by Sly & Robbie!) is a challenge to an ambivalent girlfriend, and one that brings a complicated romantic relationship into sharp focus. “Man Listen”, by contrast, is an astute exploration of violence in hip-hop and elsewhere — and it showcases Will Vill at his most persuasive and intellectually forceful; it also boasts a fantastic beat and a subtly hooky chorus that cleverly recalls “911 Is A Joke”. In an effort to demonstrate this artist’s remarkable depth and versatility, we’re sending you the clips that accompany both songs.

Will Vill looks terrific on camera: handsome and commanding, he’s got a natural swagger. He puts his appearance to good use in the “Confuzed” clip — most of the time, he’s by himself, surrounded by the high tenements, basketball courts, and distant bridges that characterize Washington Heights. Hoodie on, he raps his message straight toward a lens that restlessly circles him; the viewer is in motion, see, but the emcee is stable. We see the object of his affection, too, but she’s never fully in the frame — her blurred outline is discernable in the distance, her hands appear on a chain-link fence, her gorgeous legs stalk the hard concrete.

Will Vill is on his own in the “Man Listen” clip, too, and this time, his isolation is made more tangible. Incarcerated in a white-walled asylum (“man you still don’t listen?”, he asks, “talk about drugs and murder while they build more prisons?”), the emcee is tempted by a diabolical figure. But he doesn’t need to sign any deals with the devil: he finds his escape in a smuggled-in can of spray paint. Before long, Will Vill has tagged every inch of his cell — and when he’s finished, a remarkable transformation happens. The emcee’s face begins to show up all over the urban landscape; on brick walls, in windows, on security doors, on the backs of delivery trucks. Through the force of his own artistic expression, the artist escapes; on the streets of the city, he sees work crews painting buildings the same color as the walls of his cell. Defiant as always, he points his spray-paint at a blank surface, and fires away.

All of us here are excited to be working with the Barrio Jamz crew to bring you these new videos. If you need more info, call Andy Gesner at 732-613-1779 or e-mail us at info@HIPVideoPromo.com.